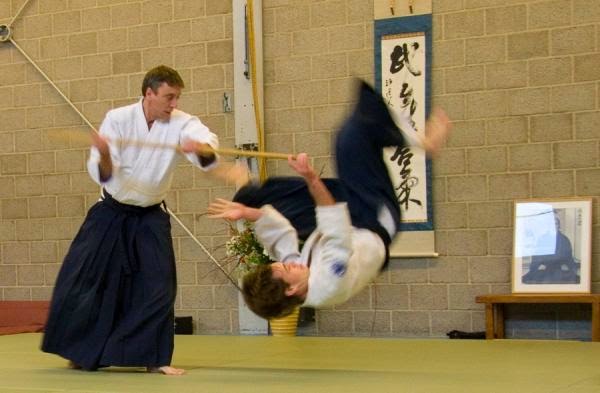 There is a saying in Budo that translates as “Enter form, exit form”. The phrase refers to the process of learning that we go through during our journey along the path of Budo.
When we walk into a dojo for the first time we are trying something new, something that we have not experienced before. We are “shoshinsha” – beginners with an openness and willingness to learn, and a certain naturalness in our movements but without form.
Once we start training we learn a variety of techniques and variations, physical exercises, as well as breathing and meditation methods. We are in the process of entering the form.
Gradually we are more and more skilled in the techniques and all of its variations. When during an exam a name of a technique is called we can perform the technique without hesitation.
But then, after years of dedicated training, we suddenly realise that all that we have learned is nothing but a vast amount of techniques and its variations. We have been accumulating forms. And while doing that we have lost the sense of naturalness that we had as shoshinsha.
It is here that we begin to realise that there is a higher degree of understanding, and we start to see how we can free ourselves from mere form. Simple things that we thought we understood start to get a deeper meaning, basic techniques are realised as part of something new and different. In fact the whole art gets a different and deeper meaning. We have exited the form and have returned to the original state of naturalness that we had as shoshinsha.

A time of crisis in the practice of Aikido


When practiced seriously and correctly, true Budo is bound to bring the practitioner to a point of confusion, despair and a time of crisis. This is part of genuine growth.  It feels like ones knowledge and experience counts for nothing anymore. One doubts everything and everyone. In reality one is at the brink of a much deeper understanding – it is at a moment of such a crisis that one needs the support of a sensei more than ever. And by sensei I do not mean an instructor in techniques or tactics, or a well-known exponent of the art whom one idolises,  but someone that has committed his life to Budo, practiced daily and went through the same agonies of confusion and despair to get to that ultimate core of deeper knowledge.

On the other hand the confusion may also come from looking at different styles of the same Budo, or different interpretations of one particular style. Which is like comparing notes with fellow students after a lecture or asking the opinion of colleagues, who do not have more knowledge on the subject then oneself.
In modern society we value the latter and we question the former. We doubt the experienced and knowledgeable people. We do not trust the master-craftsman. We no longer seek guidance by a mentor.  We think we can, given time, figure it out all by ourselves. This is an illusion. At best one manages to form an opinion and the weight of that opinion is just as much as everyone else’s opinion.  We justify our own opinion by referring to ourselves; it is my opinion, it is how I do it, it is my practice, my style or best of all; it is my Way.  But it is of course nothing but a dogma. In the end it will lead to nothing but more opinions. And about opinions one can argue and most people do.

Although we may find it hard to accept, there is a truth in the practice of Aikido that seems hidden and maybe even obscure to some. It is through dedication, practice, study, reflection and meditation that one over time will start to see a glimpse of the truth. Teaching the theory of the truth will not help. A sensei can at most hint at the right direction.  On needs to experience and realise it by oneself. 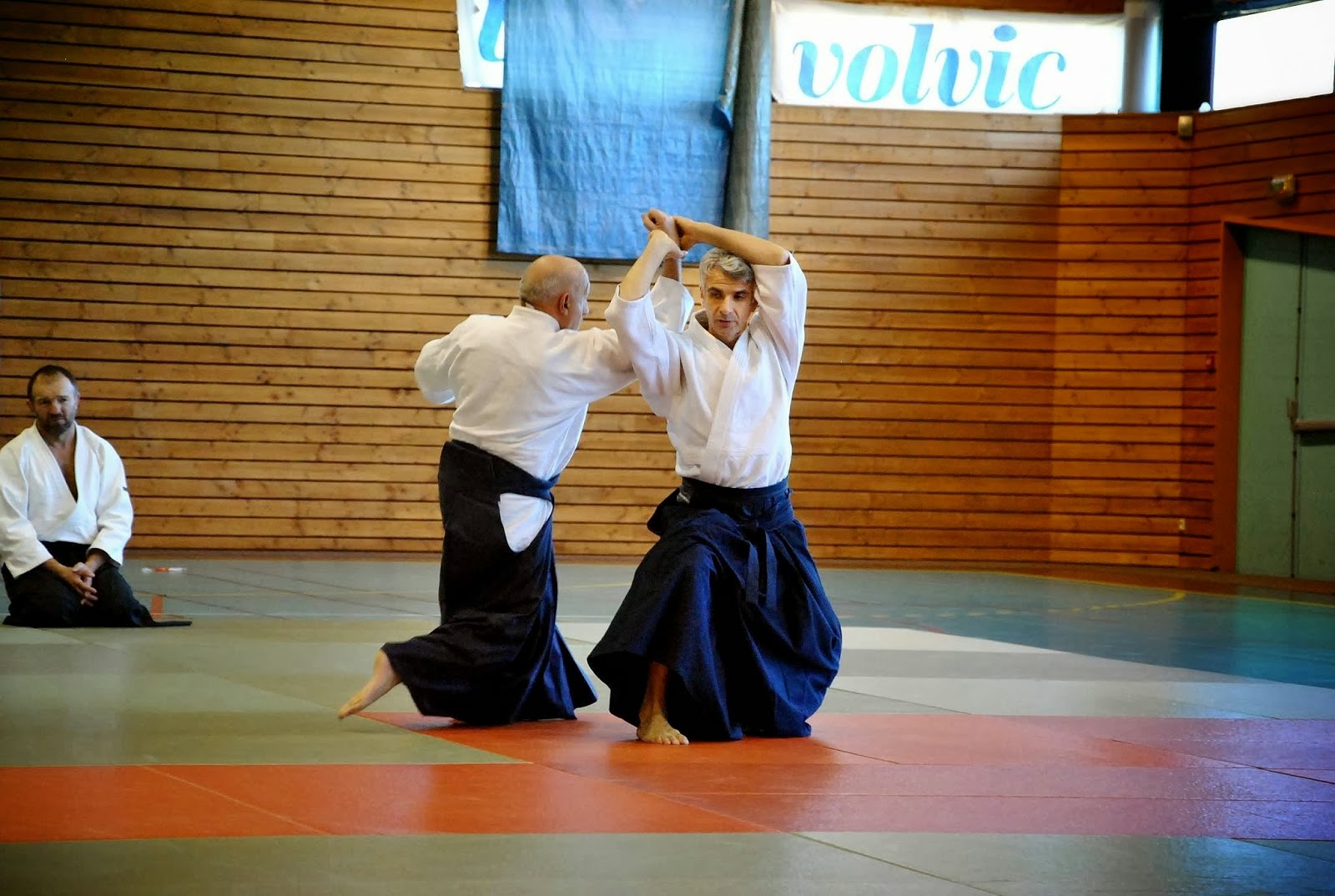 A common mistake while practicing a technique is an eagerness to move too quick. Fast movements give the feeling of better or more real.  If Shite moves too quick he may lose the connection with Aite.
To compare it with baseball;  It is like swinging your bat as fast as you can while the ball has not arrived yet.  You will miss every time.  No matter how good or fast your swing.

Moving too fast usually has a bad effect  on one’s posture.  Everyone’s body posture and  - movement differs.  And your technique should fit your own body posture and way of movement.  But there are things that everyone should try to avoid.  A good example is the placement of foot and knee;  they should be in line all the time. This goes often wrong in techniques like Shiho nage, where turning the body (tenkan) is involved.

Aite needs to stay connected to Shite as well,  he should be committed to the attack and stay alive during the whole technique with the intent of looking for an opening (suki) to take over the technique.

Sometimes we see that Aite is too willing to go down;  this breaks the connection with Shite.  This eagerness to fall down may look good for an audience, but as a method of practice (keiko) it is useless.

Here the arm of Aite is folded in a natural way. Fold the arm in an unnatural way (gyaku) and the risk of injury becomes very great. 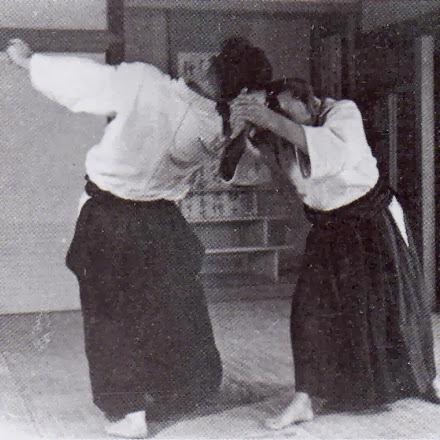 Photo with O Sensei;  as he completes the turn his foot and knee are aligned, the arm of Aite is folded in a natural way. The upper body of Aite is already in an arch, the whole body of Aite is about to fall.
Compare the position of the hands in this photo with the first photo.

Bushido : Education and training of a samurai 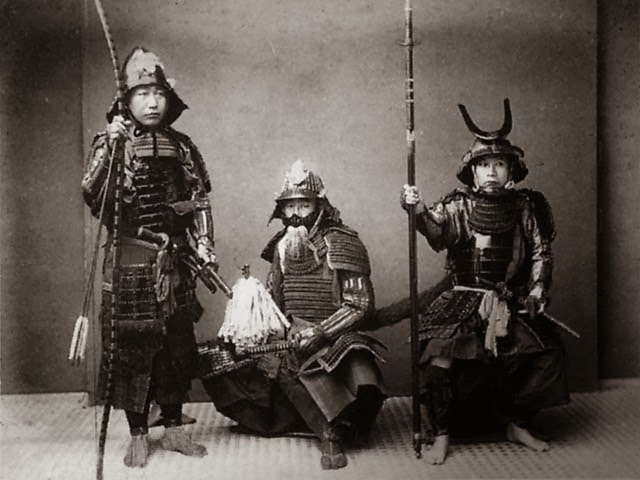 This is a chapter of the book "Bushido", written by Inazo Nitobe .


Around 1980 I went to an Aikido seminar with Tamura sensei as the teacher. I was much impressed by what he did. But at first I did not really comprehend what Tamura sensei was teaching.  Or rather, I did not understand what he expected me to practice.  He would show a technique three, four times, but  the technique would look different every time.  So which one should you practice ?
By taking classes from Yamada sensei in the following seasons I started to see what Tamura  sensei was really teaching.  Yamada sensei would teach techniques that had a particular sequence,  a particular rythm,  a specific form.  In practicing the techniques Aite had to learn to respond in a specific way to fit the technique.  In other words, Aite had to learn ukemi to complete the form of the technique.  This is the way that most Aikikai Aikido schools nowadays teach Aikido.  In fact, the form of the basic techniques seem  even more fixed then they ever were.  This was however never the case with Tamura sensei; his technique was a response on what Aite offered him.  And Aite changed the amount of force, speed of the intent of the attack every time he attacked. That is why Tamura sensei’s techniques  looked different every time !
While training in a fixed form can be a good teaching-tool to a certain extend, if that is all that there is to it than Aikido has become a restricted version of Budo as O Sensei originally meant it to be.  An endless repetition of kihon waza (basic forms or techniques) will not lead to an understanding of the path of Aiki – for that one has to discover within oneselves the way to intuit the intention of the opponent.  Or as the founder of Aikido would say understand how to resonate with the other.

In this text Tamura sensei explains some of his thoughts on Aikido:

Aikido is an individual journey.
I avoid trying to sell it .
It is sufficient to just do it and to sense it.  If you do not sense it you will not understand.
If you think too much you separate your spirit and body.
Aikido brings together, gathers.
We teach what we learned in Japan, but there is more than one way to understand what you have learned.
In Japan , teachers do not explain anything if you have not understood by watching. One cannot understand through what is being said.
In life, if you want something you seek.
I want you to appreciate the practice. But nobody can make you enjoy the process. You have to choose yourself to gain from it. You must first change your heart.
Everything in life needs a center. You must place a center somewhere.
In our body , the Seika Tanden , just below our belly is our center.
A Center is strong. It is immobile. With a strong center the rest can move freely.
I practice Aikido because it keeps me healthy , an old man must stay healthy .
If you found Aikido , I would like you to continue . But it is not up to me. It is up to you.
Ultimately , it is your Aikido. What I am doing or thinking does not matter. 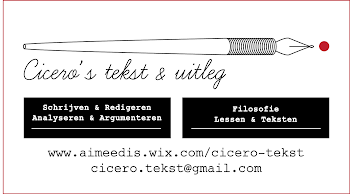 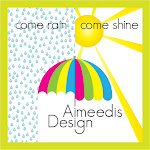